“Bilad al-Sham” is the Arabic term for geographical Syria. Though it has rarely functioned as a political unit, many of the people of the area identify with it in one way or another. Geographically, Bilad al-Sham extends from the Taurus Mountains in modern-day Turkey in the north to the Syrian steppe (which itself folds in to the Arabian Desert and encompasses the southern part of the modern Syrian republic, Jordan, and southern Israel/Palestine) in the south. East to west, it runs from the Euphrates to the Mediterranean.” –Steve Tamari 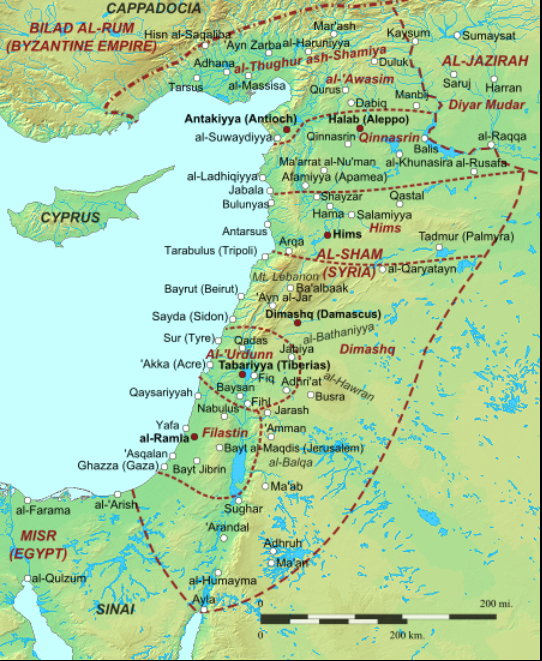